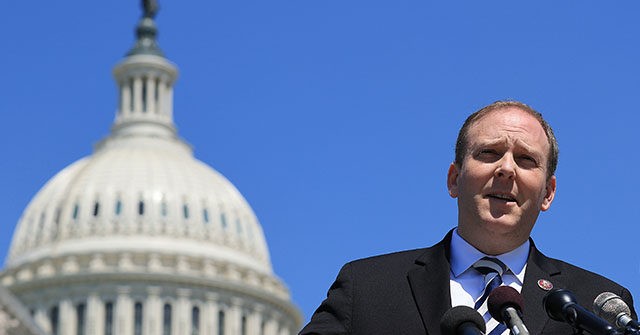 Amid the looming deadlines, the U.S. House passed legislation on Tuesday that will prevent a government shutdown and suspend the debt limit beyond the month.

Passing along party lines with a vote of 220-211, the bill, which sparked outrage among Republicans for removing a provision to provide $1 billion in funds for Israel’s Iron Dome defense, is expected to face heavy opposition in the Senate where at least 10 Republicans will need to side with Democrats and vote yes, according to The Hill. The Hill went on:

Nearly every Republican senator has said that they will oppose a debt limit suspension, arguing that Democrats should instead act on their own through the budget reconciliation process that can circumvent a filibuster and is being used for the $3.5 trillion social spending package.

“Democrats are nonetheless attaching the debt limit suspension through Dec. 16, 2022 to a must-pass bill to avoid a government shutdown on Oct. 1 in an attempt to pressure Republicans to drop their threats,” it added.

House Majority Leader Steny Hoyer (D-MD) called upon Republicans to “be consistent” and help to spare the American people an economic crisis.

“I hope Republicans will be consistent and will do as they did before: vote to prevent a default and spare the American people from yet another damaging economic crisis right as we are coming out of a pandemic,” said Hoyer.

“This is not a Democratic debt. It’s not a Republican debt. It is our debt. It is the debt of the United States of America. We don’t welch on our debts. We pay our debts,” he added.

House Minority Whip Steve Scalise (R-LA) countered by saying the bill will not become law and advised Democrats to go back to the drawing board.

“The bill that Speaker [Nancy] Pelosi is bringing through this week will not become law. They’re going to have to go back to the drawing board,” said Scalise.

According to CNN, Congress may only have “until mid-October to act before the federal government can no longer pay its bills.”

The passage of the bill follows an internal struggle among Democrats on Tuesday when party leftists objected to a provision that would have allotted $1 billion to fund Israel’s Iron Dome air defense system. Since the party could only afford three defections, the provision was ultimately removed, prompting outrage from Republicans and moderate Democrats. Steny Hoyer has promised to provide a separate bill funding the Iron Dome defense system.

“The United States must fully live up to our commitments to our friend and our ally Israel,” said House Appropriations Committee Chairwoman Rosa DeLauro (D-CT) on Tuesday afternoon.

“I’m outraged and dismayed that some of my colleagues object to helping Israel defend itself from rocket attacks by Hamas and Hezbollah terrorists,” said Rep. Stephanie Murphy (D-FL.). “America must support our ally Israel.”

President Biden today: “The commitment of the United States to Israel’s security is without question…”

Speaker Pelosi JUST caved to the socialists and yanked funding for Israel’s Iron Dome from the government funding CR bill.

Dems can’t even keep a promise for 24 hours.

Once again, the radical left shows their blatant disregard for supporting our ally Israel and Israel’s right to defend itself against Hamas terrorists. https://t.co/E68v43dtSQ

While Dems capitulate to the antisemitic influence of their radical members, Republicans will always stand with Israel.