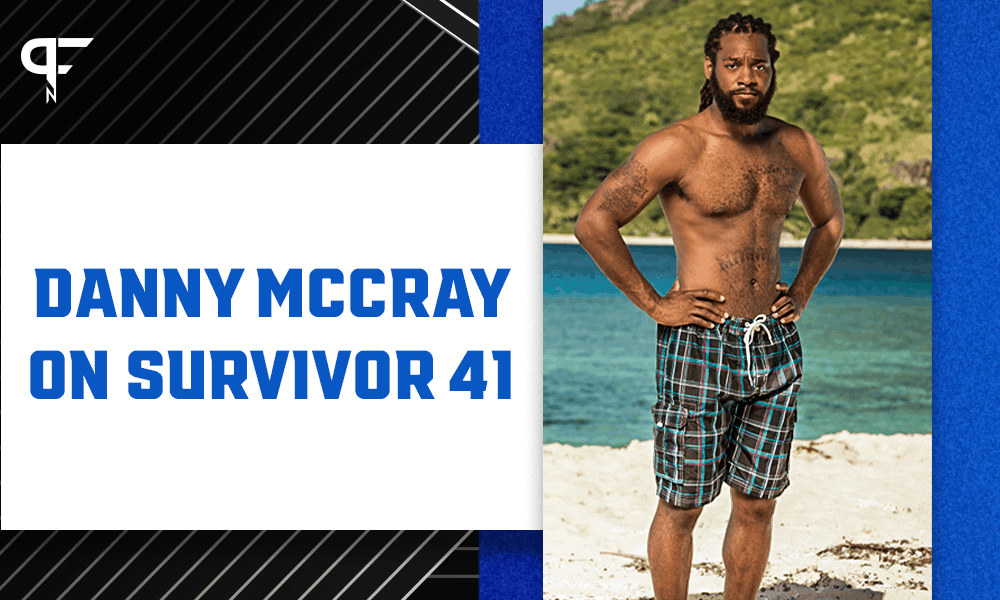 For the first time in over a year, the hit reality series Survivor returns to television. Survivor 41 is just that, the 41st installment of the CBS reality show that first debuted in 2000. Survivor is a reality-based competition show that sets a group of castaways on an island where they are forced to compete against one another in challenges. The show seems to enjoy bringing on current or former athletes, and Survivor 41 will be no different, as former NFL defensive back Danny McCray is set to appear on the show.

Survivor 41 returns after the COVID-19 pandemic shut down production of the show last year. The island of Fiji has re-opened to the show’s staff, and host Jeff Probst will return for Year 21 and 41st season of the show.

Survivor contestants compete in typically 39 days worth of challenges for a $1 million prize. They must “survive” by outwitting, outlasting, and outplaying their counterparts.

For Survivor 41, contestants will be marooned on a Fijian island with only the clothes on their backs and basic bare essentials. Due to shortened production days and increased quarantine windows during filming, Survivor 41 will be condensed down to 26 days rather than the typical 39.

Contestants are voted out by each other, one by one. Eventually, the contestants form a jury of peers that make the season’s final vote to determine a winner. You must vote out people, who then, in turn, vote for you to win a million dollars. A trickier premise to a reality show, I do not know.

There will be 18 contestants from all over the world ranging in age and professions. The show debuts on CBS on Wednesday, September 22 at 8:00 PM ET.

The NFL is no stranger to putting contestants on the hit reality show. In fact, there have been eight former contestants who were affiliated with the NFL.

*Beware: if you’ve never seen the show’s previous 40 seasons, there are some spoilers below.*

Gary Hogeboom was a contestant on Survivor: Guatemala, finishing seventh back in 2005. Guatemala was the 11th season of Survivor, and Hogeboom became the third member of the jury. Hogeboom played 10 years in the NFL, starting 37 career games. He threw for 9,436 career yards and 49 touchdowns during stints with the Dallas Cowboys, Indianapolis Colts, and Phoenix Cardinals.

Jimmy Johnson was a contestant on Survivor: Nicaragua, finishing 18th in 2010. Johnson, age-67 at the time, was one of just two contestants over the age of 60 on the show’s 21st season. Johnson is a College Football and NFL Hall of Fame member. He won two Super Bowls and a National Championship. His success on the field translated to incredible success as a broadcaster with FOX.

Brad Culpepper is a Survivor fan favorite, having participated in two seasons. His wife, Monica, had been a previous contestant prior to the couple’s appearance on Survivor: Blood vs. Water. Brad finished 15th while Monica was the show’s runner-up. Brad then participated on Survivor: Game Changers, finishing as the runner-up on a season full of returning players.

Culpepper played nine seasons in the NFL after winning an SEC Championship at Florida in 1991. He was a defensive tackle for the Minnesota Vikings, Tampa Bay Buccaneers, and Chicago Bears from 1992 through the 2000 season.

Morgan McLeod was a contestant on Survivor: Cagayan, finishing 10th in 2014. Appearing on the “Beauty Tribe,” McLeod listed her profession as a former NFL cheerleader for the San Francisco 49ers.

Alan Ball was a contestant on Survivor: Heroes vs. Healers vs. Hustlers, finishing 15th in 2017. A victim of a perfect “immunity idol” play that nullified votes against another castmate, Ball was ousted without the majority voting him out. He played eight seasons in the NFL with five different teams, recording 6 career interceptions and 234 total tackles across 108 games.

Danny McCray is a contestant on Survivor 41, airing in 2021. McCray played five seasons in the NFL, four with the Dallas Cowboys and another with the Chicago Bears. He recorded 91 total tackles, 1 forced fumble, 1 fumble recovery, and 1 interception. McCray will join the Luvu Tribe when the show airs on September 22.