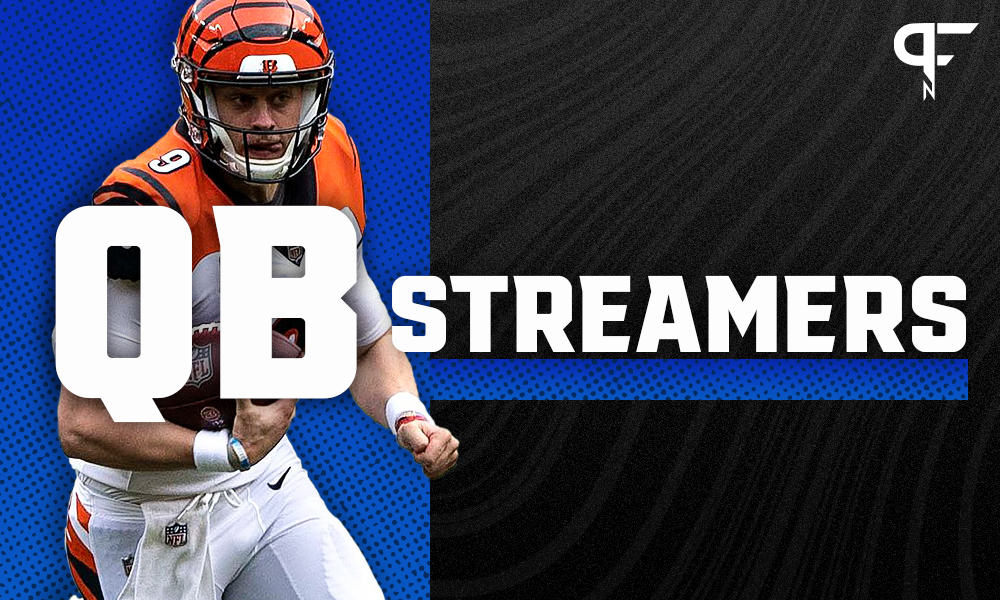 One of the most universal strategies among fantasy football managers is QB streaming. Let’s discuss QB tiers and streamers you should have on your radar as you set your lineups for Week 3.

While individual rankings will always be valuable for weekly decisions, a tier-based approach at QB can help find similar production ranges.

The general premise of a QB streaming strategy in fantasy is to play the matchup each week rather than riding the entire season with one player at the position. It is all about identifying favorable matchups that week and adding the appropriate QB off waivers.

Without further ado, let’s dive into the QB streamers for Week 3.

Jones completed 22 of 32 passes for 249 yards and a touchdown against Washington in Week 2. He also had 9 carries for 95 additional yards and a touchdown. Jones has started the season with two consecutive QB1 performances. This trend should continue in Week 3 against the Falcons.

Atlanta’s defense has allowed an astounding 29 fantasy points per game to quarterbacks. With the offensive weapons surrounding him in New York, Jones can be viewed as a QB1. Imagine the possibilities once Jones and wide receiver Kenny Golladay get calibrated.

Bridgewater completed 26 of 34 passes for 328 yards and 2 touchdowns against the Jaguars. That performance showed he’s still a viable streamer without receiver Jerry Jeudy.

It is good to see Bridgewater attack defenses vertically. He is tied with Trevor Lawrence and Josh Allen for the most pass attempts of 20+ yards with 13 through two games. Bridgewater and the Broncos will face an injury-riddled Jets team in Week 3. He can be viewed as a high-end QB2 with upside.

Cousins had a stellar performance against the Cardinals last week. He went 22-of-32 for 244 yards and 3 touchdowns. Cousins’ 2 rushing attempts for 35 yards came as a welcome surprise. Now, he’ll face a plus matchup against the Seahawks in Week 3. Seattle’s defense has allowed 271.5 passing yards per game to opposing quarterbacks in 2021.

Darnold eviscerated the Saints’ defense in Week 2. He completed 26 of 38 attempts for 305 yards, 2 touchdowns, and an interception. A change of scenery this offseason has been a great thing for Darnold. He’s surrounded by a quality coaching staff and a plethora of playmakers at multiple skill positions.

The 24-year-old has a plus matchup against the Texans this week. The Panthers follow that up with games against the Cowboys, Eagles, and Vikings. Carolina also has two contests against the division-rival Falcons later this season. Darnold can be viewed as an upside QB2.