Bengals vs. Steelers prediction, odds, line, and how to watch the Week 3 game 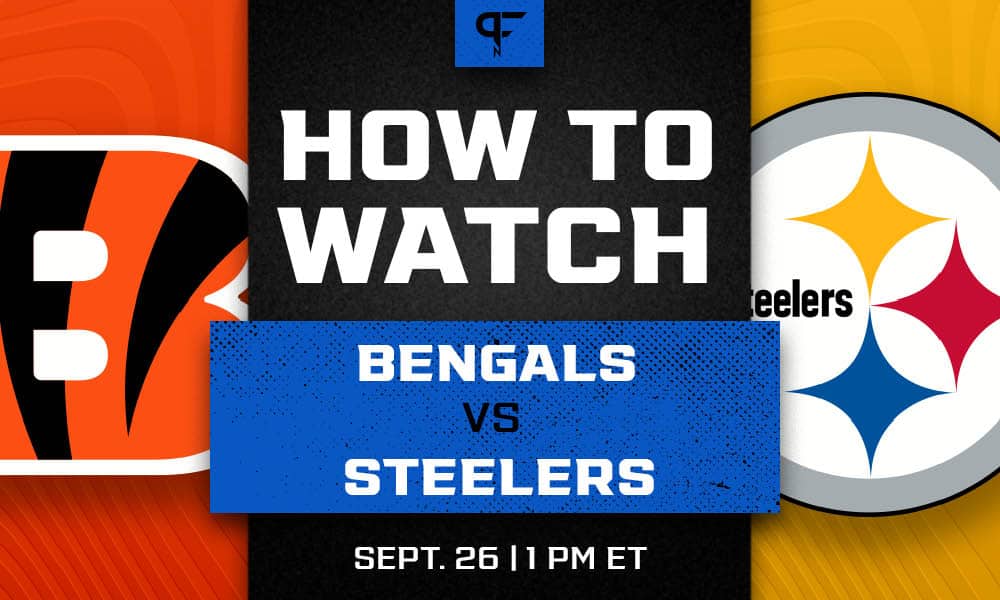 The Cincinnati Bengals vs. Pittsburgh Steelers game features two AFC North teams fighting for positioning in one of the most loaded divisions in the NFL right now. Let’s look at the current lines and NFL odds, a prediction for the game, the TV channel, and how to live stream the Bengals vs. Steelers Week 3 NFL game.

Cincinnati Bengals vs. Pittsburgh Steelers prediction and odds for Week 3

The first two weeks have been a roller coaster for the Bengals. They looked set for a reasonably comfortable win against the Vikings in Week 1 but ended up going to overtime. In Week 2, they had to mount a furious comeback in an exciting fourth quarter.

While these games are fun for the neutral, they make predictions for this Bengals vs. Steelers matchup challenging. This very much feels like a Cincinnati team that will win in the region of 6-9 games, depending on how they perform in one-score games.

The one positive in their Week 2 loss is that, even with Burrow having a bad game, they still only lost by 3 points. The downside is that it came against a Bears team whose offense is struggling. There is no guarantee Cincinnati can keep games close if Burrow has the same struggles against more established teams.

The Steelers were disappointing in Week 2

After a marquee win in Week 1, there was excitement surrounding Steel City. However, against a Raiders team coming off short rest, they barely looked threatening. The Steelers only led this game for around six minutes in the second quarter. Outside of that, this game was all about the Raiders.

The Steelers’ inconsistent performances make predictions about their performance vs. the Bengals hard to make. Will we see the Steelers that stifled the Bills or the ones that could not contain the Raiders?

Through two weeks, the Steelers’ offense is a major concern. Their run game is non-existent, despite spending a first-round pick on Najee Harris. On top of that, they rank 24th in the league in points scored (40) and 28th in yards gained. Both of those numbers are a serious concern against a Bengals offense that can be explosive at times.

Mike Tomlin has generally had the number of whoever is on the opposing sideline. It took winning the turnover battle 3-0 for Cincinnati to change that last year. In the earlier meeting last season, even with Burrow under center, the Steelers demolished the Bengals 36-10.

The key here is how both offenses performed. We know both defenses are solid units — this is unlikely to be a 60-point affair. Therefore, whichever offense can move the ball with regularity and convert scoring opportunities into touchdowns will likely come away victorious.

I’m backing the Bengals to win back-to-back games in Pittsburgh, ready to announce themselves as potential AFC North challengers.

How to watch Bengals vs. Steelers this week