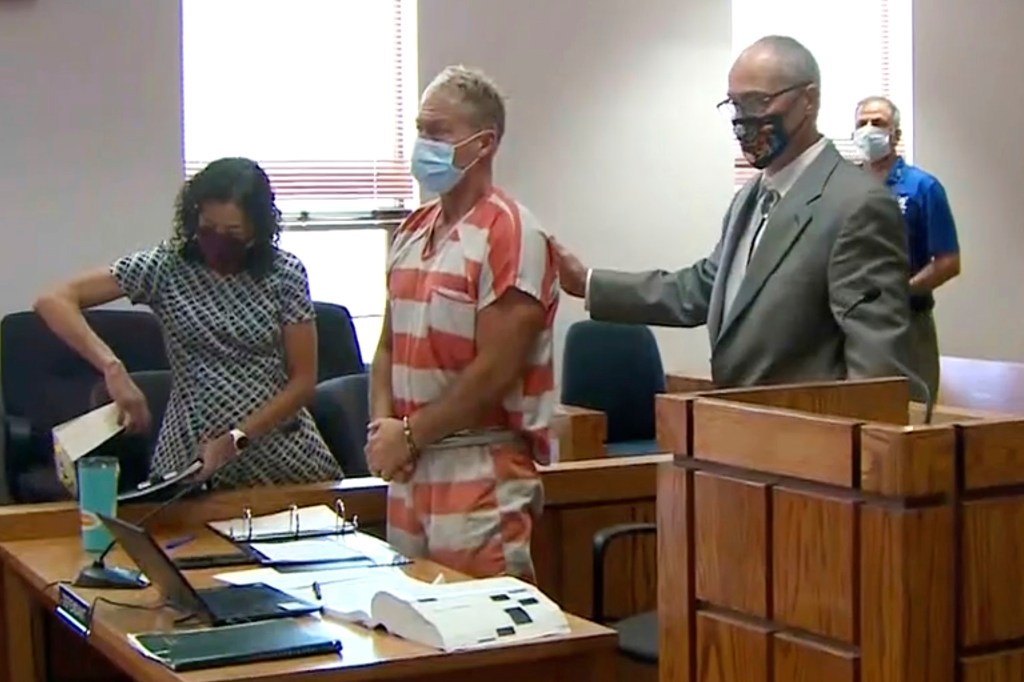 A Colorado man charged with killing his missing wife sought to “hunt and control” her after she said was leaving him, investigator alleged in court documents.

Barry Lee Morphew, 53, was charged in May with first-degree murder and other counts in the presumed death of his wife, Suzanne Morphew, who was reported missing after she didn’t return to their Salida home following a Mother’s Day bike ride on May 10, 2020.

An arrest affidavit released Monday by a judge who ruled last week that there’s enough evidence for Morphew to stand trial says investigators found that Suzanne took “clear, articulable steps” to separate from and divorce Barry starting in January 2020.

“She told her family and close friends about her intentions, secretly recorded her notes of abuse in her phone because Barry monitored it, confronted Barry in arguments that she secretly recorded with help from a friend and, finally, sent him a text four days before she disappeared saying that she was ‘done, let’s handle this civilly,’” investigators wrote in the 129-page affidavit.

Barry Morphew has insisted to investigators that the couple’s marriage was “perfect,” saying she had no intention of leaving him. But the avid hunter’s statements about his actions before and after Suzanne’s disappearance have been “proven to be false and misleading,” investigators wrote.

By May 9, 2020, one day before Suzanne vanished, investigators allege it “had become clear” that Barry couldn’t stop her from leaving him.

“And he resorted to something he has done his entire life — hunt and control Suzanne like he had hunted and controlled animals,” the document reads.

Barry Morphew also refused to take a polygraph in the days after Suzanne was reported missing by a neighbor. The woman’s bicycle and helmet were recovered near their home, “discarded before Barry left town” in the early morning hours of May 10, 2020, according to the affidavit.

“The investigation to date indicates that these items were not indicative of an accident, an animal attack, Suzanne being a runaway, Suzanne committing suicide or Suzanne being the victim of a stranger abduction,” investigators wrote.

Authorities said they don’t believe Suzanne Morphew, whose body has not been found, is still alive. Her husband was arrested some 360 days after her disappearance, KKTV reported.

Barry Morphew, who has pleaded not guilty, was released from jail Monday after posting $500,000 cash-only bond. He left the Chaffee County lockup alongside his and Suzanne’s two daughters, the station reported.

A judge ordered Morphew to wear an ankle monitor and primarily remain in Chaffee County. His trial is expected to begin in May 2022.

PrevPreviousSurvey: 23% of college students support violence to stop a speaker they disagree with
NextRepublicans Say Biden ‘Bows To China’ After UN SpeechNext