Terrible Supreme Court Decisions that Should be Added to the “Anticanon” of Constitutional Law – Part I – Reason.com 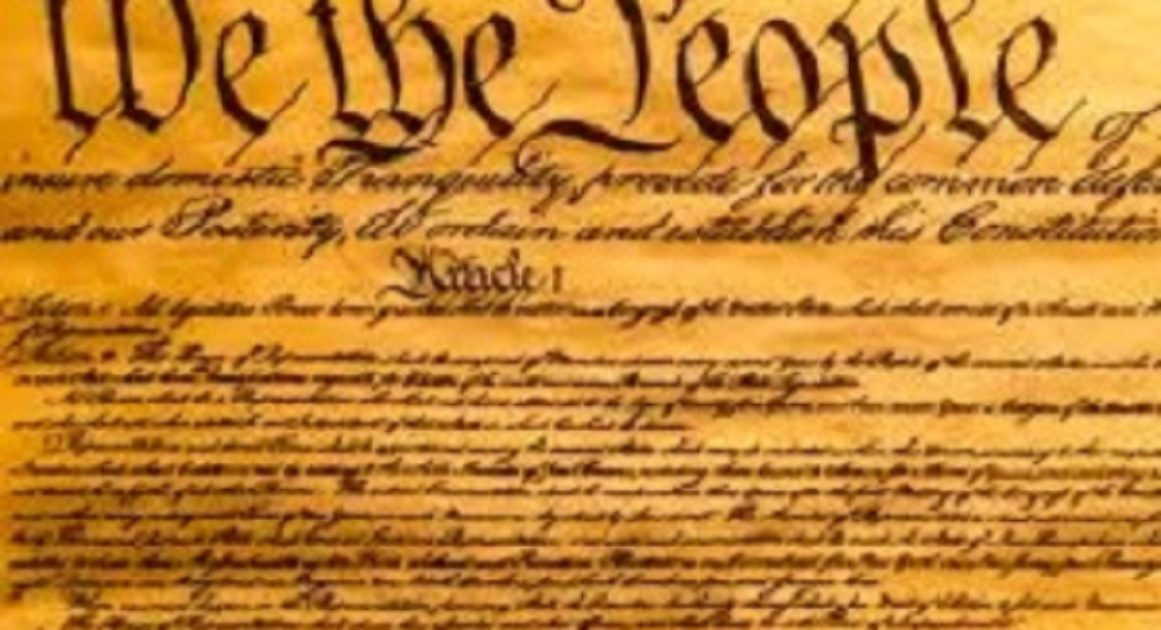 Today is Constitution Day. It is an appropriate time to celebrate the accomplishments of American constitutional law. But it is also a good time to consider whether we have been too soft on some of its greatest failures. I suggest three such rulings cry out for far more condemnation than they have so far received: The Chinese Exclusion Case (1889), Euclid v. Amber Realty (1926), and Berman v. Parker (1954). These rulings are well-known to specialists in their respective fields (immigration and property law). All three have their critics. But they rarely get much attention in law school constitutional law classes, and most lawyers either assume they are right, or even remain largely unaware of them.

In this post, I cover the Chinese Exclusion Case. Euclid and Berman will be dealt with in future posts.

Most members of the legal profession are aware of the “canon” of great Supreme Court constitutional law decisions that virtually everyone supports, and considers to be major positive milestones in constitutional history. Brown v. Board of Education is probably the most famous example. If your theory of constitutional interpretation rejects one of these, it’s a serious strike against it.

On the other hand we also have rulings that are part of what has come to be known as the “anticanon” of constitutional law—decisions that are almost universally reviled, and seen as exemplars of grave errors we should not repeat. In the closest thing we have to a canonical article about the anticanon, Columbia law Professor Jamal Greene identifies Dred Scott v. Sandford, Plessy v. Ferguson, Lochner v. New York, and Korematsu v. United States as the most widely recognized “anticanonical” rulings. I think there are several others that are at least close to that level, such as Buck v. Bell (1927) (upholding mandatory sterilization of the mentally ill) and Pace v. Alabama (1883)(upholding laws banning interracial marriage and penalizing interracial “fornication” more than the intraracial kind).

What enables a decision to “achieve” anticanonical status? Greene suggests it is largely a matter of historical happenstance. Later generations of legal commentators found these cases useful examples of ideas and legal doctrines they wanted to stigmatize.  That is surely true to an extent. But I think there are also some more systematic patterns here.

If you look at the most prominent anti-canonical cases, it turns out they have a number of common characteristics. First, they feature (or at least are believed to be feature), terrible legal reasoning. But that by itself is far from enough. Lots of decisions are poorly reasoned. The second, and much more restrictive condition, is that they are believed to have had terrible real-world effects. Dred Scott, Lochner, Plessy, and Korematsu, all are seen as having had horrific consequences for large numbers of people: slaves, unskilled workers, racial minorities, and Japanese-Americans subject to detention in awful internment camps. I think this belief wrong in the case of Lochner. But there is no doubt it is widely held.

It isn’t just that these decisions are seen as having bad effects (lots of cases are like that). Rather, the effects in question are believed to have been on a very large scale, seriously harming many thousands of people —or even more.

Third, most—but not all—of the anticanonical decisions upheld government policies that promoted racial discrimination and oppression. That’s certainly true of three of the four cases on Greene’s list—Dred Scott, Plessy, and Korematsu. The same goes for Pace and to some extent even Buck v. Bell (blacks were far more likely to be subjected to forced sterilization than whites). If there is an original sin of American constitutional law, it is race-based oppression.

By these criteria, the Chinese Exclusion Case, Euclid, and Berman all richly deserve to be added to the list.

The Chinese Exclusion Case is the 1889 decision in which the Supreme Court first decided that the federal government had a general power to exclude immigrants, for virtually any reason it wanted. The Court’s legal reasoning was execrable. The Court did not try to link this power to anything in the text of the Constitution. Instead, they upheld it based on the idea that the power to exclude migrants is one that every sovereign nation must be assumed to have. In so doing, they completely ignored the many flaws in this “it’s gotta be in there somewhere” theory. I listed several of them here. They also ignored the insistence of leading Founding Fathers, such as James Madison  (the “father of the Constitution”) and Thomas Jefferson, that no such power was ever granted to the federal government. In his Report of 1800, addressing this very issue, Madison even specifically warned against the theory the 1889 Court adopted:

The reasoning here used, would not in any view, be conclusive; because there are powers exercised by most other governments, which, in the United States are withheld by the people, both from the general government and from the state governments. Of this sort are many of the powers prohibited by the Declarations of right prefixed to the Constitutions, or by the clauses in the Constitutions, in the nature of such Declarations. Nay, so far is the political system of the United States distinguishable from that of other countries, by the caution with which powers are delegated and defined, that in one very important case, even of commercial regulation and revenue, the power is absolutely locked up against the hands of both governments…

In other words, the fact that a given power is enjoyed by the governments of other nations is no reason to assume that the US federal government must have it. The whole point of the American experiment was to set up a new and better form of government, not merely imitate those that came before. What was the 1889 Court’s response to Madison’s argument and others like it? Crickets.

The effects of the Court’s decision were massive. In the short run, it upheld the deeply racist Chinese Exclusion Act of 1882, which—as the name implies—barred most would-be Chinese immigrants from entering the United States. As a result, many thousands of people were condemned to a lifetime of poverty and oppression. In the medium to long-term, the decision facilitated other exclusionary immigration legislation, much of it also motivated by racial and ethnic bigotry, such as the Immigration Act of 1924, which barred most European immigrants, in large part because of prejudice against Jews and southern and eastern Europeans.

The Chinese Exclusion Case also helped lay the foundation for the “plenary power” doctrine, which to this day exempts immigration restrictions from most of the individual-rights constraints that apply to virtually all other exercises of federal power. That has led to a pattern of constitutional double-standards in immigration law that, to this day, authorize a variety of injustices that courts would strike down as unconstitutional in virtually any other context.

When it comes to racism, the Chinese Exclusion Case is hard to beat. As already noted, the legislation it upheld was itself motivated by racism, and the ruling had the predictable effect of setting a precedent for future racist immigration restrictions. But it’s important to recognize that the racism here wasn’t limited to the law the court upheld. It was also explicitly present in the Court’s own reasoning. Justice Stephen Field’s opinion for the Court explicitly indicates that “[t]

The embrace of racism here is much more explicit than anything in Plessy v. Ferguson, where the majority was careful to (disingenously) claim that the law in question was not intended to oppress African-Americans. It is, notable, however, that the Chinese Exclusion case was brought to us by most of the same justices who decided Plessy just seven years later, and embodies many of the same types of bigoted assumptions.

I would be happy to see The Chinese Exclusion Case completely overruled in a decision that adopts Jefferson and Madison’s position that there is no general federal power to restrict immigration. Such an outcome is, obviously, highly unlikely.

But there are a number of more moderate ways to get rid of this terrible precedent. The most obvious is to overrule the holding that the power to restrict immigration is a virtually unlimited, nontextual power, and instead lodge immigration restriction in Congress’ power to regulate foreign commerce (as advocated by a number of legal scholars).

In this scenario, Congress would still have broad power to restrict immigration. But that authority would be limited in the same ways as Congress’ power to regulate interstate commerce (listed in the same phrase in the Constitution). The Supreme Court has enforced some structural limits on the latter.

More importantly, an immigration-restriction authority based on the Foreign Commerce Clause would be subject to the same individual-rights limitations as other exercises of federal power. That means no more judicial deference to immigration restrictions that discriminate on the basis of race, ethnicity, religion, gender, political views, and other categories that would be prohibited in other contexts. It also means immigration detention and deportation would be constrained by the same constitutional due process rights that apply to other laws. No more toddlers being forced to “represent” themselves in deportation cases!

Even this more limited overruling of the Chinese Exclusion Case is highly unlikely to happen in the near future. But it is at least something  the Supreme Court should think about.

In the meantime, lawyers, legal academics, and others should consider why this awful ruling doesn’t get nearly as much opprobrium as it deserves. At the very least, we should give up the still-widespread assumption that it is obviously correct. And law professors should include it in their introductory constitutional law courses (which most currently don’t), and treat it as a highly consequential decision open to serious question.