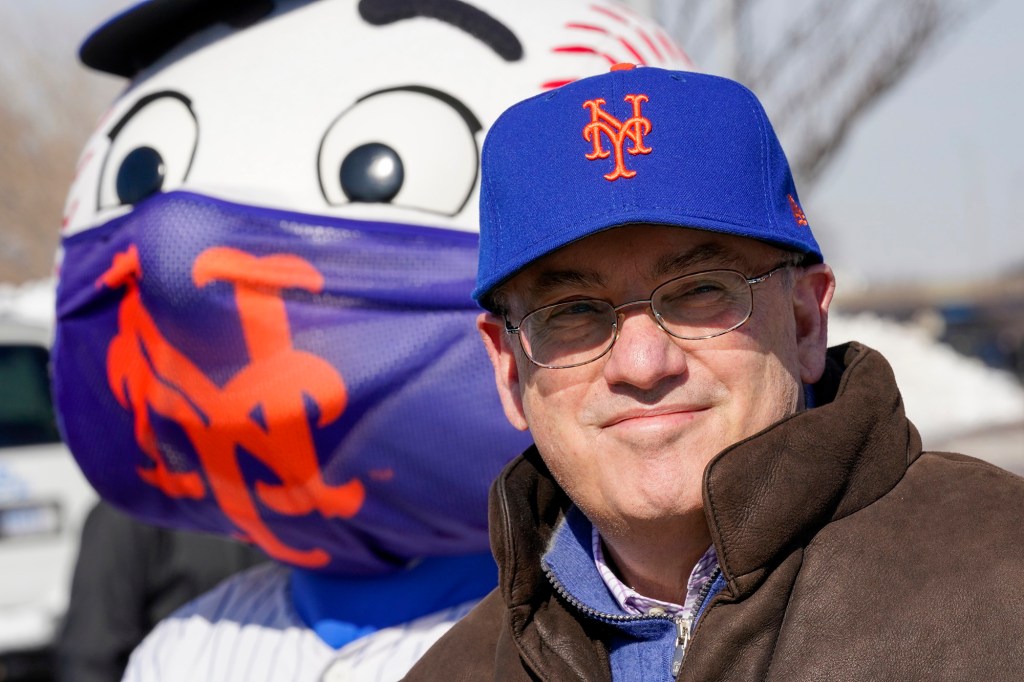 The biggest decision for the Mets this offseason is not whether to sign Max Scherzer, trade Edwin Diaz or put Brett Baty on a fast track to the majors.

It is about hiring the right person to make those choices.

Steve Cohen has to see now what the wrong people or a void will create. Because in many ways, 2021 felt like Year 41 of the Wilpons — dysfunction off the field and underperformance on it — rather than Year 1 of something refreshingly better.

One potential candidate to be the next Mets president of baseball operations recently ticked off Jared Porter, Zack Scott, Kumar Rocker, Jacob deGrom’s health. Francisco Lindor’s contract, public complaints about players not following medical protocols, two thumbs down, failing to play to the talent level again and the context of several Cohen tweets, then asked, “Do you think this job got more or less attractive in the last 12 months?”

I have asked that question of any executive with whom I have spoken in the past two weeks and they unanimously agreed it is less attractive. And it isn’t as if the two reasons that kept the Mets from hiring the job last offseason have vanished: 1. Concern to work for Cohen based on non-flattering portrayals from his hedge fund life and 2. opposing owners unwilling to let executives under contract even interview with the Mets.

Without access to the perceived best and brightest, Cohen did not want to fill the job just to fill it. He tabled hiring a president of baseball operations for a year and just went with a GM in Porter, the first raindrop in a storm of the all-too-familiar that has wiped away so much of the good feelings that came with Cohen’s ascension.

Cohen, of course, needs time — to fumigate the old and learn the new. But clearly he is at a pivotal moment of his ownership already. The job must be filled this time. There cannot be another delayed handoff to Sandy Alderson.

Cohen is too smart not to know this. And too transactional not to make it happen. I suspect that the best and the brightest will recognize the leverage coming into any negotiation and leave the highest-paid executive in MLB history. I can’t envision Cohen letting millions get in the way of such a vital decision when he is worth billions.

Still, there are hurdles. Let’s drill down on two:

1. Cohen was frustrated last year that — unlike in his main business — that he simply could not talk to any job applicant he wanted. He needed permission to talk to anyone under contract. He did not, for example, get approval to speak to Milwaukee president of baseball operations David Stearns.

It is why of all the heavyweights being spoken about now such as Stearns, Billy Beane and — to a lesser extent Mike Chernoff and Derek Falvey — Theo Epstein is the easiest path. Epstein does not work for a team. So Cohen could reach out directly.

But I suspect this will not be an Epstein-only process. Stearns, for example, will be of great interest again. Born and raised in Manhattan. Like Cohen, he grew up a Mets fan, and actually was an intern for the team. He has the small-market Brewers in the playoffs for the fourth straight year (the Mets have never done more than two straight in their history).

Brewers owner Mark Attanasio is said to 1) be extremely fond of Stearns and 2) hate the concept that smaller teams should be executive training grounds for the bigger ones. So it is possible, he denies access. But the Bronx-born Attanasio also could decide, say, if this is legitimately a dream of Stearns’ not to be obstructionist while also deriving something for his franchise.

Cohen, a fan of the 1969 Mets, should revisit history. After the 1967 season, the Mets traded pitcher Bill Denehy to the Washington Senators for their manager. That was Gil Hodges. The Mets won the 1969 World Series. In February 2012, the Cubs sent reliever Chris Carpenter to the Red Sox as compensation for hiring Boston’s GM as their president of baseball operations. That was Theo Epstein, who constructed the 2016 champion Cubs.

So if the Brewers, say, ask for Jeff McNeil or Tylor Megill or something like that for Stearns or the A’s do for Beane, what will Cohen do?

2. Cohen has admitted that owning the Mets has taken himself out of his more reclusive comfort zone. And that is intoxicating. How many knew Mark Cuban before he owned the Mavericks despite his business success. Or George Steinbrenner, the Yankees. Or even Cohen with the Mets.

So if Cuban wants to sit near the Mavericks bench and be a camera magnet or if Steinbrenner wanted to own the backpage with one outrageous statement after another or Cohen wants to set up a beachhead on Twitter, so be it. They bought the teams. It is their toy.

But Cohen also has to know from trying last offseason that today’s top baseball executives are paid lavishly even in small markets. That they have created living environments with families with which they are comfortable. That they have accumulated power to run baseball operations in their vision. All of that means none will be desperate for a job, even one that comes with a great stadium, substantial, passionate fan base and perhaps unmatched in MLB resources. But it also comes with Cohen. So the top candidates will be interviewing Cohen as much as vice versa. It is part of the leverage.

Last week Cohen played “try to find a source” on my colleague Mike Puma’s story that included an executive saying Cohen’s tweeting will be an issue to candidates. That hunt is folly. Cohen might find that one person, but this is not a one-person complaint. These executives care about creating culture and controlling narrative and the one person they can’t control is the owner; especially at an impulsive moment.

So Cohen should expect top candidates to use their leverage to, among other items, extract ground rules — perhaps even poison pills in their contract if there are violations — that would limit Cohen’s Twitter presence.

And Cohen will have to think is it better to be witty, accessible or volcanic in 280 characters or less or find the right head of baseball operations?