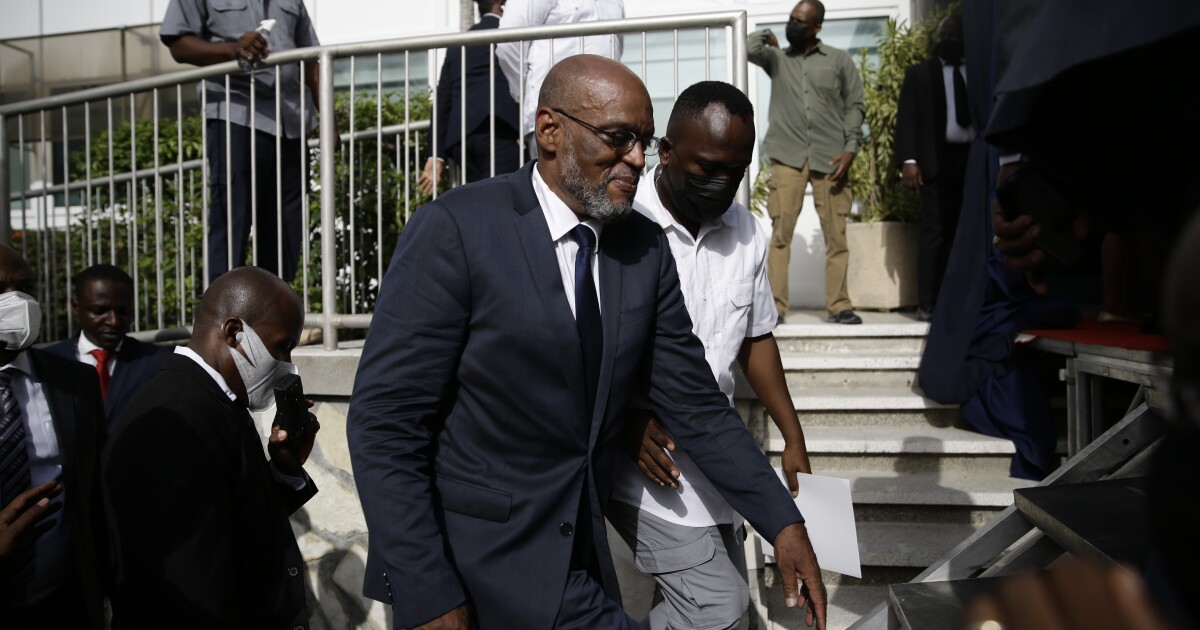 Another Haitian chief executive may be about to take a fall. In the space of the last four days, Ariel Henry, de facto leader of Haiti since the assassination of President Jovenel Moise on July 7, has been through a grinding and spewing political mill focused on the probe of the killing and whether he had a role in it.

It’s all part of an intense battle among political factions to see who will inherit the mantle of the presidency and thus the spoils. Moise may himself have been the first casualty of this battle, and it has been difficult to imagine Henry emerging a victor from this very complicated imbroglio.

But then, this is Haiti, always full of surprises, most of them not ones where you shout, “Surprise!” and then applaud.

Most of the action in the past few days in fact is a kind of concentrated and dangerous version of the political turf battles you see during elections elsewhere.

But “political” in this instance is not meant to suggest that the assassination or the investigation into it has anything to do with policy or the future of Haiti or the ways in which the Haitian people could be helped to move out of their impotent and immiserated situation.

All of it, instead, is about who will be able to steal the most with the greatest impunity.

The more powerful you are in Haiti, the more you can suck out of state coffers. Most Americans don’t think there’s much to be had in Haiti, but they’re wrong. And much of what’s available to be siphoned comes in from the exterior, in the form of foreign aid, petroleum subsidies and international contracts, as well as what can be embezzled or taxed in customs and at the ports, and also from profitable illegal import/export goods, such as narcotics.

The hundreds of millions of dollars that flowed into the country after the devastating 2010 earthquake further enriched many of the wealthiest Haitians, along with the politicians with whom they did business. This year’s earthquake has no doubt caused another if lesser frisson of anticipation to run through this same crew of vultures.

As Graham Greene wrote in “The Comedians,” his 1966 novel about Haiti, “It is astonishing how much money can be made out of the poorest of the poor with a little ingenuity.”

At the center of this battle for position and profit is Henry, who just managed to keep his title of prime minister this week.

First, cellphone records showed two calls between Henry and one of the main suspects in Moise’s assassination in the hours following the killing. As the cellphone data became public, Henry rushed to form a sort of coalition government. But with the phone calls hanging over him, this accord looked less like a governing consensus and more like an exercise whose only goal was Henry’s continuation in power.

In the next two days, the prosecutor on the assassination case gave an order forbidding Henry to leave the country, and on Tuesday, requested that a judge indict Henry for assassination, conspiracy against the state and armed robbery (millions in cash were reportedly stolen from the late president’s residence at the time of the killing).

On Twitter, Henry denied all guilt. By the end of the business day, Henry, no fool, had swept the prosecutor from office.

Incredibly, escaping a murder indictment wasn’t the last of Henry’s challenges on Tuesday. (It’s so hard to be an illegitimate head of state.)

In the evening, a quixotic senator, Joseph Lambert, declared he was about to take office as president. He failed because armed opponents descended on the Parliament, shooting, to close off the ceremonial venue.

When various illegitimate politicians vie for power in Haiti, the United States usually steps in, along with other members of the international community. In a very real sense, the U.S. is responsible for what’s happening now, having selected two highly corrupt Haitian presidents, including Moise, in a row, and now having supported Henry, another undemocratic choice, to cope with the post-assassination mess.

Meanwhile, in the wings, ready with a serious, competent alternative for Haiti, is the Commission for a Haitian Solution to the Crisis, an organization of grassroots groups and various sectors of civil society committed to honest governance and real democratic elections, who began working together to deal with Haiti’s dysfunction many months before the assassination. The congressional Haiti caucus in the U.S. supports them, as do many responsible and involved Haitians in the diaspora.

It shouldn’t be up to the U.S. to decide who runs Haiti. Every shred of credibility the Americans have had there has been lost in the past decade, with President Biden continuing the Trump administration’s backing for governments so corrupt and violent, so out of touch and unconcerned with the needs of average Haitians, that heavily armed gangs are now often in control of the streets and much more. In one recent example, gangs were instrumental in preventing gas and diesel imports from entering the country. They also decide which kidnap victims will be released and which will be killed.

A Haitian solution for Haiti will look better than what we’ve seen in the last few days and indeed months, and indeed years. The commission must be empowered to take over soon. Otherwise more dark and dire days will follow. A country cannot go much farther down this road.

Amy Wilentz is the author of “The Rainy Season: Haiti Since Duvalier” and “Farewell, Fred Voodoo: A Letter From Haiti,” among other books. She teaches in the literary journalism program at UC Irvine and is a 2020 Guggenheim fellow.