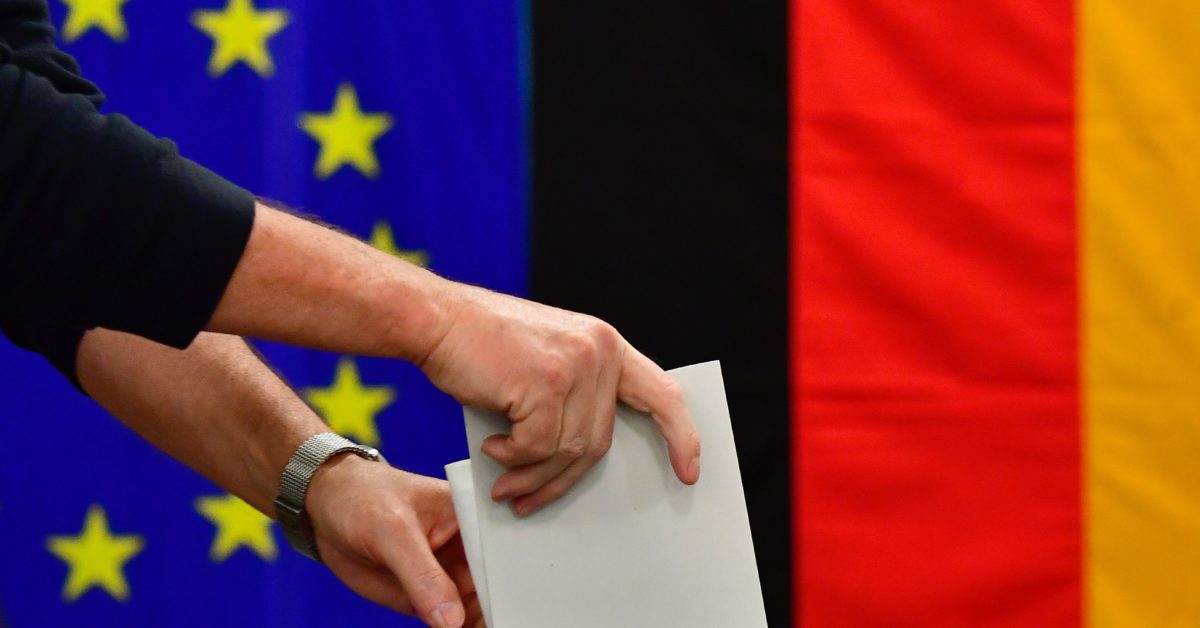 Press play to listen to this article

BERLIN — Leave it to the Germans to try and make voting rational — even if they can’t.

But as Germany nears its most unpredictable election in years on September 26, millions of Germans are seeking to bypass such sentiments by using a digital survey: the Wahl-O-Mat.

The Wahl-O-Mat — or Vote-O-Mat — is designed to strip away abstract emotions and guide voters to their candidates based solely on tangible policy preferences. Using a series of statements, the government-funded website matches voters with ideologically aligned candidates. Essentially, it eschews “Who would you rather have a beer with?” for “There should be a general speed limit on all Autobahnen: agree, neutral, disagree.”

While similar tools exist in other countries, Wahl-O-Mat has become a household name in Germany. Leading up to the country’s last federal election in 2017, the Wahl-O-Mat was used nearly 16 million times — about once for every four eligible voters. At that scale, it’s no exaggeration to say the site could potentially influence the course of an election.

And this time around, with Germany’s postwar politics about as fragmented as they’ve ever been, the people who run Wahl-O-Mat expect uses to be even higher.

“It’s an attempt to push the issues and topics to the front of the debate, not the persons,” said Stefan Marschall, a political scientist at Heinrich Heine University Düsseldorf who has participated in making the Wahl-O-Mat and also studies its effects.

Yet if this election season has illustrated anything in Germany, it’s how much Germans actually appear to care about the feeling they get from a candidate — not just their policy proposals. Germany’s Social Democratic Party (SPD) is currently ahead in polls not because of a surge in socialist ideology, but in large part due to the perceived character and leadership flaws of the other chancellor candidates seeking to replace Angela Merkel.

For more polling data from across Europe visit POLITICO Poll of Polls.

It raises the obvious question: Does Wahl-O-Mat, despite its immense popularity, even work?

That’s missing the point, said Marschall. The platform engages people with policy. It gets them talking about the issues. And it spurs them to vote.

“There is a mobilizing potential of these tools,” he said.

Wahl-O-Mat has been used in Germany since 2002. The idea came from the Netherlands, where an also-popular Dutch equivalent, StemWijzer, has been in use since 1989.

Much of Wahl-O-Mat’s appeal stems from its simplicity. In this year’s version for the federal election, users are shown 38 “theses” about which they can agree, disagree, or remain neutral. In the end, the Wahl-O-Mat tells them how each political party’s answers lined up with theirs.

Some theses are relatively anodyne: “Air travel should be taxed higher.”

Others seem designed to detect far-right tendencies. “Germany should leave the European Union,” reads one. “The right of recognized refugees to family reunification should be abolished,” reads another.

Some are more intricate: “Chinese companies should not be allowed to receive orders for the expansion of the communications infrastructure in Germany.”

The Wahl-O-Mat is organized by Germany’s Federal Agency for Civic Education, which describes itself as a “federal public authority providing citizenship education.” Despite the somewhat Orwellian language, the agency is widely trusted in Germany — as illustrated by the sheer volume of people who, in a country where strong data privacy is practically a religious tenet, freely give the Wahl-O-Mat highly personal opinions. The agency says it does not collect or store any personal data from users.

The “theses” are created by an editorial team consisting of young volunteers and political scientists along with other experts — the idea being that the former brings freshness and simplicity, and the latter brings professionalism and nuance. Once the theses are composed, they are sent to the parties, which must decide their stance on each issue.

The theses are designed to highlight concrete policy differences.

The Wahl-O-Mat is such an intrinsic part of German elections that, for the parties, participation is virtually obligatory. For smaller parties, in particular, coming up with a position on each thesis sometimes requires convening party members to hash out policy.

All eligible parties on the ballot are incorporated into the process, including some of the most extreme, marginal parties on both sides of the spectrum — a fact that has brought some scrutiny to the Wahl-O-Mat.

“We are not the Federal Office for the Protection of the Constitution,” Brandt said, referring to German’s domestic intelligence agency. “We are very strongly non-partisan in this tool. We have to be.”

Engaging voters in a post-party world

Monumental shifts in how the European electorate views politics make tools like Wahl-O-Mat — referred to in academic terms as a “voting advice application” — increasingly relevant.

Studies show that across much of Europe, a strong sense of party identification is waning, and voters are less likely to take their party affiliation as preordained. This makes political campaigns — and assessing each party’s positions — more important.

Still, no one behind Wahl-O-Mat’s creation believes it will make politics purely rational. Rather, the point is to promote a more informed debate, particularly among younger voters.

During the 2017 federal election, about 74 percent of Wahl-O-Mat users discussed their results with friends and family, and more than half sought more information about the parties, according to a survey conducted by Heinrich Heine University Düsseldorf. Perhaps most noteworthy, the survey data suggest that about half of people who said they had no plans to vote before using Wahl-O-Mat said they were motivated to go vote afterward, according to Marschall.

Still, this year’s election in Germany has illustrated the key role of personalities, not policy.

Merkel’s Christian Democratic Union was flying relatively high in the polls until Armin Laschet — who many voters perceive as trying to be all things to all people — was chosen as the party’s chancellor candidate.

A similar fate has befallen the once surging Greens. After a brief honeymoon phase, the party’s chancellor candidate, Annalena Baerbock, came under scrutiny for a variety of past missteps — exaggerating qualifications on her resume, allegations of plagiarism.

This leaves Olaf Scholz, the current finance minister and SPD chancellor candidate, who portrays himself as a steady, competent hand and, in this way, as Merkel’s natural successor — the candidate who embodies that cardinal virtue of German politics: Stabilität (stability).

Viewed through that lens, it seems German voters want a sense of comfort above all else.

The lesson? There’s no tool, however well designed, that can bring pure reason to politics.