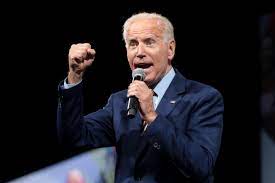 France recalled their ambassador to the United States last week after feeling betrayed by Biden who signed a new defense deal with Britain and Australia.

After Australia backed out of a 2016 agreement that would have provided 12 diesel-electric submarines to France, the previous deal, worth $66 billion between the two countries, ended due to the United States and Britain providing 8 nuclear-powered submarines to Australia.

According to Associated Press, France was unaware of any potential breakage of the contract made prior to this decision.

Gabriel Attal, a French spokesperson, said in an interview to BFMTV, “What’s at play in this affair, this crisis…are strategic issues before being commercial issues. The question is … the forces present, the balance, in the Indo-Pacific where part of our future is at play, and our relations with China.”

French foreign minister Jean-Yves Le Drian told France Info radio “This brutal, unilateral and unpredictable decision reminds me a lot of what Mr. Trump used to do. It’s a stab in the back. We created a relationship of trust with Australia and that trust has been broken,” Reuters reported.

However, Jen Psaki, Biden’s White House press secretary, downplayed the comments and maintained that this is the next step in shaping the administration’s foreign policy.

Psaki noted she doesn’t think much of the comment about President Trump; adding Biden’s “focus is on maintaining and continuing our close relationships with leaders in France, with the United Kingdom, with Australia and to achieving our global objectives – which include security in the Indo-Pacific.”

China’s growing presence in the Indo-Pacific region, which conservatives attribute to Biden’s weakness, is speculated to be the reason for this new submarine deal.