Canadiens Should Give Norlinder One More SHL Season to Develop 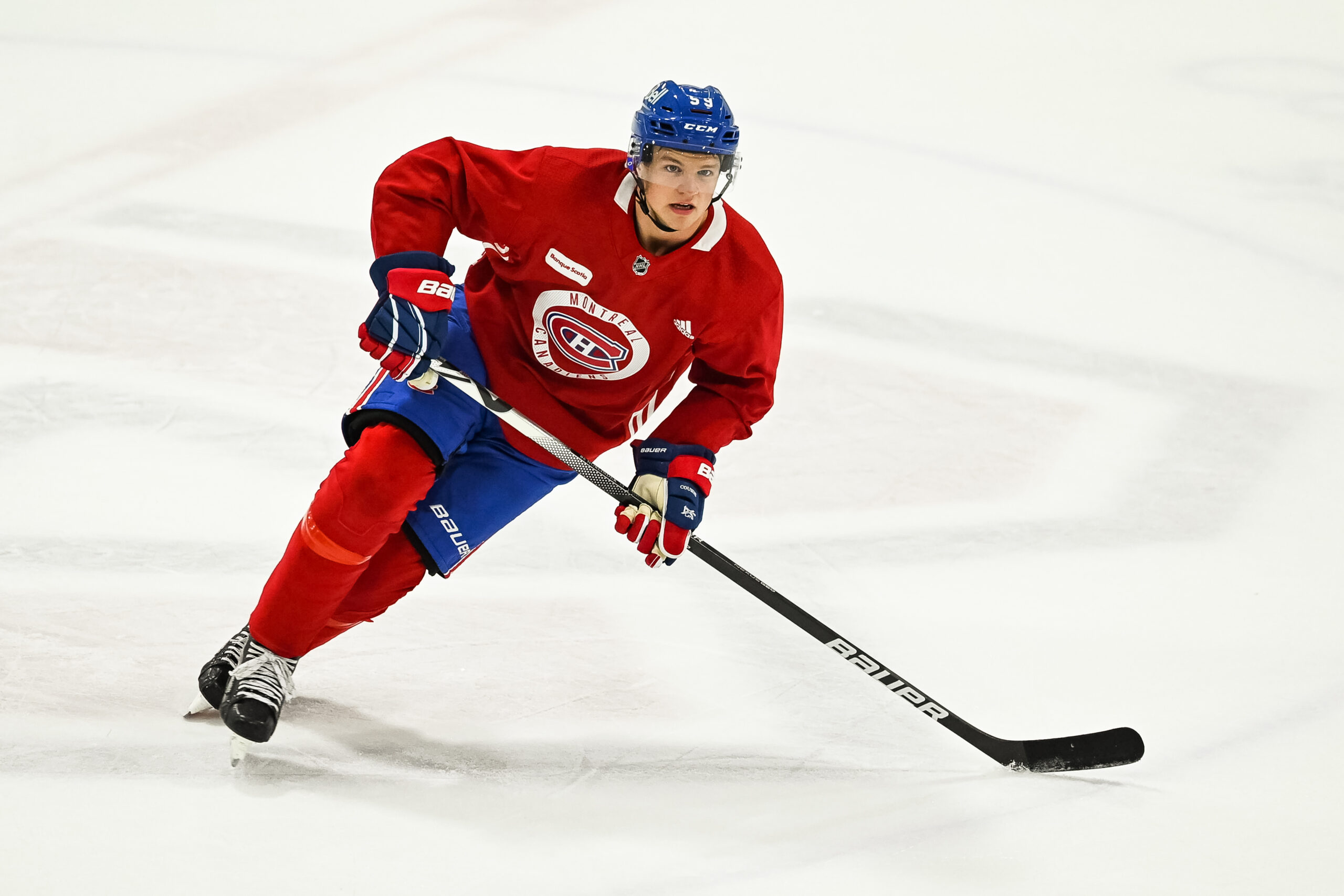 With their rookie camp well underway and the first rookie game against the Ottawa Senators in the books, there are a few Montreal Canadiens players to watch, such as Rafael Harvey-Pinard, Jan Mysak and Kaiden Guhle. These three players have a significant chance to be part of the Laval Rocket this season and maybe get a shot at the Canadiens at some point as well. Another player that everyone is keeping a very close eye on is defenceman Mattias Norlinder. Norlinder has all the skills to be the puck-moving defenceman that the Habs have been looking for; the problem is he isn’t ready for the NHL…yet.

Norlinder came to North America on a mission: to secure a spot on the Canadiens roster for the 2021-22 season. He has a steep uphill battle, but there is a chance he could make the team. Norlinder is a slick-skating, mobile defenseman with many offensive skills who could bring a level of excitement from the blue line not seen since the days of P.K. Subban. This type of defenseman is exactly what the Canadiens need to help improve their offence and power play (PP); besides Jeff Petry, the Habs don’t currently have another mobile defenceman that can make a significant difference on the score sheet.

During the rookie game against the Senators this weekend, Norlinder garnered two assists and three points in his first-ever game on the smaller North American (NA) ice. The Canadiens rookies lost the game 4-3 after a late comeback by the Senators’ rookies, but Norlinder looked like he was miles ahead of both teams’ defencemen offensively. If the offensive display he put on in the rookie game indicates his growing talent, he is already well on his way to becoming a Canadien very soon.

Norlinder is currently signed to an entry-level contract with the Canadiens and still has a valid agreement with Frolunda HC of the Swedish Hockey League (SHL). If the Canadiens do not add him to their roster this season, he must be offered back to Frolunda and can not play in the American Hockey League (AHL) with the Laval Rocket. This is fine with Frolunda general manager Fredrik Sjostrom, who would love Norlinder to stay in Sweden another season.

“We’ll be happy for him if he does it,” Sjostrom added, “but I think one more year with us is not going to hurt his development. He’s going to have a very good role on our team, and that will benefit him. Still, we know it comes down to how good he does in camp and what he can show there.”

Frolunda GM Fredrik Sjostrom on Norlinder’s camp with the Canadiens

Sjostrom would love for Norlinder to crack the Canadiens’ lineup but feels that staying in Sweden would not negatively impact Norlinder’s growth as a player. Norlinder would play a significant role with Frolunda, getting big minutes and quarterbacking the team’s PP, which would only develop his offensive skills even more, making him an even bigger force offensively. Although Sjostrom may sound a little selfish, he does make a good point that it wouldn’t hurt Norlinder at all to play another season in Sweden and work on things he needs to improve at both ends of the ice.

Norlinder Must Improve His Defensive Play

With all the offensive talent that Norlinder has, he still needs to work on the defensive side of things. His biggest weakness currently is his defensive game — the Canadiens are well aware of this, and it’s what they will be paying close attention to during this season’s rookie and main camps. The ice size will be a huge factor as well; the rinks are smaller in NA than in Europe, giving players less time to react to situations — Norlinder did defend better when the play was tighter. This could cause issues for Norlinder in the speedier NHL. When a young defenceman’s most significant issue is his defence, then it’s apparent that he needs more time to correct whatever issues he may have.

Norlinder has trouble closing the gap on players and covering in-zone cycles. He also struggles to make the first contact with forwards. Physically, he is small and often loses battles in the corners and in front of the net. According to pick224.com, Frolunda’s goal differential got worse by 11.5 percent when he was on the ice; however, they scored more goals when he was on the ice as well. Most of his defensive issues came when there was lots of open ice, so the smaller ice surface may work in his favour in the NHL.

Norlinder has the offensive talent that the Canadiens need, especially in the top four of their blue line. He isn’t there defensively yet and still has a lot of work to do to get his overall game to the NHL level. He could make the team, and the Canadiens could live with his defensive mistakes, but are they willing to play him in the top four? The answer is probably not, and he could be relegated to playing in a minor bottom-pairing role with PP time.

The Canadiens will not want to make the same mistake with Norlinder that they did with Jesperi Kotkaniemi and rush him to the NHL before he is fully ready to be there simply because he has something they need. Norlinder will provide the Canadiens with an outstanding puck-moving defenceman who will electrify the Bell Center crowd, but he could also lose confidence if he struggles too much in the defensive end. The Canadiens would be better off letting him play another season in Sweden, letting him work on his defence, and having a complete player in the 2022-23 season.

The Canadiens can afford to wait another season for Norlinder. They signed Chris Wideman as a stop-gap player until Norlinder is ready. Wideman isn’t as offensively talented as Norlinder, but he did lead all defencemen in scoring in the Kontinental Hockey League (KHL) last season with 41 points in 59 games. And he should be able to get the job done while allowing Norlinder to continue to develop in Sweden.

Trege Wilson has been a freelance content writer for the past four years and with the  THW for the past year. He is the co-host of the popular Montreal Canadiens podcast Habs Unfiltered on IHeartRadio.com.Trege  is very passionate about all things Canadiens and loves to provide his readers with great quality news, rumours and opinions on the Montreal Canadiens. Trege has also been featured on JblamSports and JDFSports Podcasts; for interviews and guest appearances, you can contact him at any of his social media accounts listed under his photo in such articles as this one.