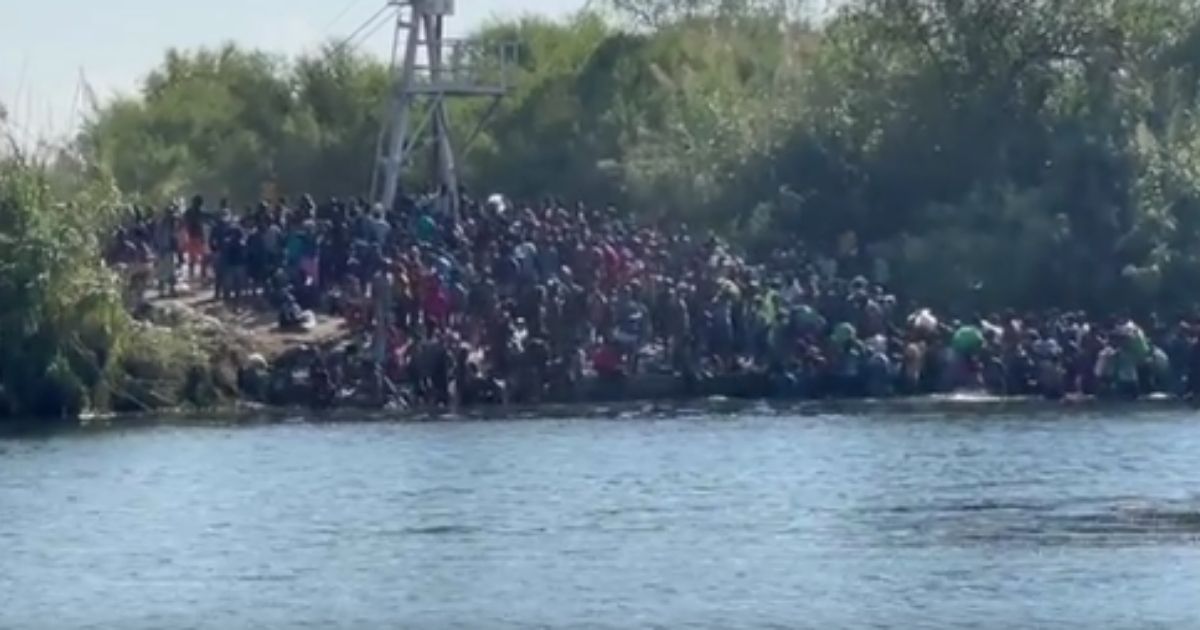 Masses of illegal migrants are flooding into the U.S. near Del Rio, Texas, adding to an ever-worsening humanitarian crisis there.

A collection of mostly Haitian migrants living in squalid conditions under a bridge at the border has grown from about 400 last week to almost 14,000 on Friday, according to CNN.

Nearly 30,000 Haitians have crossed the southern border over the past 11 months, CBS News reported.

And they keep coming, according to a Fox News reporter in Del Rio.

“I am absolutely stunned by what I’m witnessing right now,” Bill Melugin tweeted on Saturday. “We are on a boat in the Rio Grande near the Del Rio international bridge and we are watching as masses of hundreds of migrants walk across the river from Mexico and stream into the US illegally.”

BREAKING: I am absolutely stunned by what I’m witnessing right now. We are on a boat in the Rio Grande near the Del Rio international bridge and we are watching as masses of hundreds of migrants walk across the river from Mexico and stream into the US illegally. @FoxNews pic.twitter.com/xXE4pDkpIe

NEW: Del Rio residents are gathering to protest the Biden administration over the deteriorating situation at the international bridge in Del Rio. Hearing from source the number of migrants under the bridge has now swelled to over 14,000. Del Rio population is 35,000. @FoxNews pic.twitter.com/3gsrHp5DPL

NEW: Video courtesy of @TxDPS shows the current situation under the international bridge in Del Rio, TX, where more than 14,000 migrants have gathered after crossing illegally into the United States. Law enforcement says conditions are like third world refugee camps. @FoxNews pic.twitter.com/oLUg50YM9L

“Please get engaged, get involved, do something. This is unsustainable. This is not America. This is not the way things should be,” he said. “Folks are coming over and across as if there is no border.”

Democratic Del Rio Mayor Bruno Lozano said the situation is far worse than he had expected.

“I thought the worst-case scenario was having a couple people, maybe 150 people roaming the streets,” he said, according to The Washington Post.

“Although I foreshadowed a worst-case scenario, this is probably a worse case of worst-case scenarios,” he said. “I need the administration to recognize that there is a border crisis happening in real time right now and it has dire consequences on security, health and safety.”

On Friday, he issued a disaster declaration, The Texas Tribune reported.

“I had thought that the alarm was sent on Monday. This is setting the nuclear bomb alarm that this is no longer sustainable or acceptable,” he said.

Lozano said the city is closing the toll booths on the bridge connecting Del Rio to Mexico.

“Dire circumstances require dire responses,” he said. “There’s people having babies down there, there’s people collapsing out of the heat. They’re pretty aggressive, rightly so — they’ve been in the heat day after day after day.”