Pfizer is planning to advertise its Covid-19 vaccine Comirnaty — Quartz 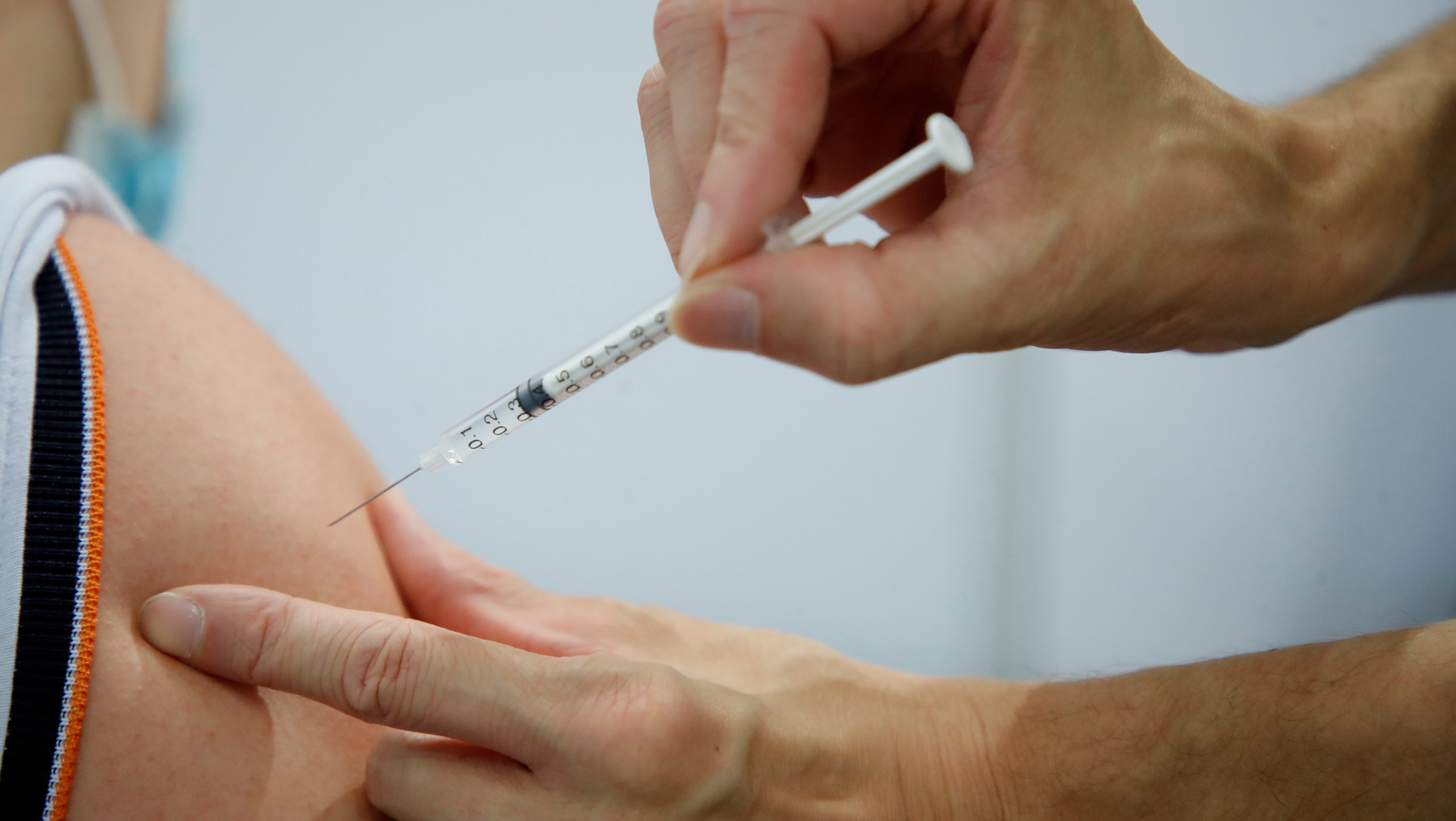 Pfizer is about to start advertising a new product in the US: the Covid-19 vaccine.

This might sound a bit odd. After all, it’s hard to think of a product that’s received more promotion than the Covid-19 vaccine. Governments, activists, healthcare specialists, celebrities, and regular citizens are all unpaid advocates for it, urging anyone who is unvaccinated to get a shot, often a second, and soon a third.

The US is, with New Zealand, one of only two countries that allow direct-to-consumer advertisement of prescription drugs. So when Pfizer’s vaccine, which now has the brand name Comirnaty, received clearance from the US Food and Drug Administration (FDA) on Aug. 23, the company was also authorized to market it and has expanded its salesforce to do so.

Pharmaceutical companies spend an exorbitant amount of money on marketing, their single biggest area of expenditure, ahead of research and development. In 2019, Pfizer spent about $2.4 billion in advertising, and its resources to promote the Covid-19 vaccine might be even bigger, considering the company is already expected to make $15 billion from it, prior to any marketing.

The company hired the advertising agency Ogilvy to work on a campaign. “We plan to take a thoughtful approach to marketing and advertising Comirnaty to the public during this time, with the goal of increasing confidence in vaccination,” Eamon Nolan, a spokesperson for Pfizer, told Quartz in an email. Both Pfizer and Ogilvy declined to share further details about the campaign.

Whatever thoughtful approach the company plans to take to its marketing, it’s likely the objectives are to expand the market for Covid-19 vaccines, and convincing as many people as possible to get the Pfizer vaccine, rather than any of the others that are available.

This will become especially important as Americans over 65 and at high risk of contracting Covid-19 will soon begin getting booster shots, after a recommendation from a panel of FDA advisors. Other groups won’t be needing the booster just yet, but they are likely to, eventually. Preliminary research shows there are no disadvantages, and potentially even advantages, to mixing vaccines with a booster shot, so Pfizer could compete for a portion of the market to boost other vaccines. Plus, if the Covid-19 vaccine becomes a yearly appointment, like a flu shot, Pfizer is looking at a potential market of about 300 million doses a year in the US alone.

The types of advertising

It’s hard to think of precedents when the advertisement of a drug coincided with a large public campaign to promote it, let alone at this scale. Even when AIDS drug cocktails were introduced, the advertisement was not for one specific drug, but more broadly for the availability of treatment.

But the large promotion apparatus associated with the vaccine, which has included cash prizes for those getting the shot, doesn’t necessarily make the job of advertising Comirnaty easier. In fact, it creates rather choppy waters for a marketing team to navigate, says Pradeep Chintagunta, a professor at the University of Chicago Booth School of Business who specializes in pharmaceutical marketing.

There are two main types of direct-to-consumer advertising available to Pfizer. The first is known as help-seeking advertisement, and it’s a type of promotion that doesn’t recommend a specific drug. This kind of ad aims to expand awareness of a disease or, in this case, of the availability of a vaccine and its value. It focuses on expanding the market, letting consumers know that they should be talking to their doctors, but it cannot specifically mention Comirnaty, or any product, though it can bear the Pfizer logo.

This kind of advertising, Chintagunta says, could even be done in collaboration with other drugmakers, and would have the main goal of expanding the potential market. It would also have another advantage, which might prove especially valuable with vaccine promotion: It doesn’t need to list the drug’s side effects.

That is not true for the second type of advertising Pfizer could choose to do, a product claim ad. This kind of advertisement promotes the prescription drug with its brand name, but has to list side effects and risks as clearly as its benefits. A product claim ad can also be comparative, selling a product by highlighting the way in which it is superior to a competitor.

For Comirnaty, this latter type of advertisement could be a minefield.

On the one hand, being able to promote the specific product would be valuable to Pfizer, especially in the longer term. One of the concerns is that with so many companies working on vaccines, there will be many options available and an oversupply of vaccines, says Chintagunta. “Competition is going to play a big role, and how a firm is able to communicate the relative benefits of their vaccine might then become really crucial,” he says.

But this comes with the danger of dissuading potential patients from getting vaccinated, because reading or hearing the whole list of side effects might alarm someone on the fence, even if the side effects pale when compared to the risks associated with Covid-19. Comparative advertising would push this risk even further; highlighting any shortcomings of a competitor product might have the consequence of reducing trust in any vaccine, irrespective of the maker.

Help-seeking advertising wouldn’t run that risk, but might have limited impact, at least in the short term. It’s hard to imagine anyone in the US who isn’t at least aware of Covid-19, and of the option of getting a vaccine.

Who would Comirnaty advertising benefit?

There is another element to consider, says Chintagunta. Americans, who traditionally hold pharmaceutical companies in low regard, have come to associate drug marketing with greed, and vaccine skeptics might be further driven away by seeing the vaccine as a commercial product. “If this product is viewed as something that we should get for free […] the fact that it’s been advertised and potentially people will have to perhaps pay for it might reflect poorly on the company,” he says.

All this would suggest caution when it comes to advertising Comirnaty. But many working in pharmaceutical marketing believe the company will spare no efforts to promote the drug to the fullest possible extent.

Markus Saba, a healthcare marketing professor at the University of North Carolina at Chapel Hill, said he expects the campaign for Cominarty will be on a scale proportional to the once-in-a-century size of the health issue, comparing it to the prominence of campaigns for Viagra. “You turn on the TV and you can’t watch a show without 10 different commercials coming on,” he told the Financial Times.

But although direct-to-consumer ads are the most visible part of the marketing effort, an equally—if not more—important area of promotion, and one with fewer risk, is reaching hospitals, doctors, and pharmacies. Unlike the first immunization campaign, booster shots will probably be administered in the same way flu shots are, via the doctor, or the pharmacy. So it will be essential for Pfizer to convince those who will prescribe or administer the vaccine to recommend Pfizer over Moderna, or other options. “If it defaults into the traditional ‘go to your doctor and get the shot’ then [the game] is not going to be played on-air or in the pages of a magazine, but in the doctor’s office,” says Chintagunta.

There is, however, one important way in which Pfizer’s direct-to-consumer advertisement might be helpful, not only to the company, but to the overall vaccine drive. If its resources were turned toward fine-grained targeted advertising, it might be able to move the needle of vaccine skepticism in groups that haven’t been responsive to government campaigns and other forms of vaccine promotion, such as young adults or immigrant communities. “This is the place where they can flex their marketing muscle, I think the benefit of targeted advertising can really manifest itself in this particular case,” says Chintagunta.