Myanmar citizens take up arms in bid to topple junta 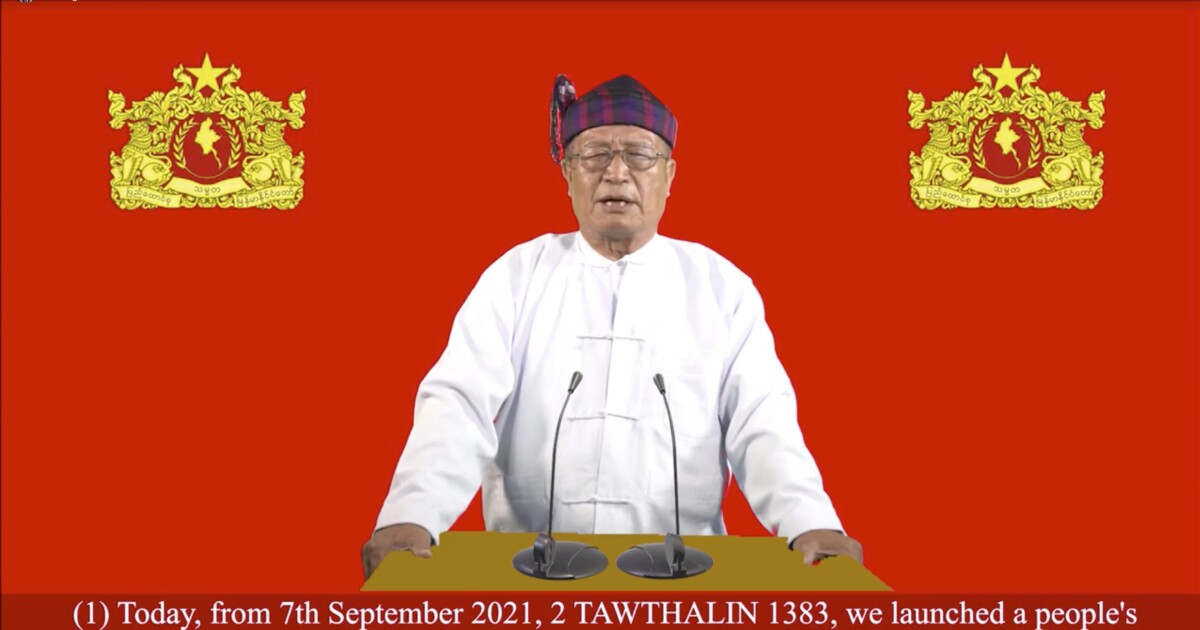 Months ago, the banging of pots and pans each night by residents of Myanmar’s largest city symbolized resistance to the military coup that deposed the country’s elected government.

Now, the thud of bomb blasts marks the defiance against the military, known as the Tatmadaw, since its Feb. 1 takeover and brutal crackdown on dissent that activists say has resulted in more than 1,100 civilian deaths.

The explosions ring out in Yangon as urban guerrillas step up their attacks on the security forces and their suspected informants. In recent weeks, militia members have gunned down six police officers in the back of a train, injured five soldiers after tossing a bomb into a military truck and shot and killed a junta-supporting ward boss in his home.

The military has responded by sealing off neighborhoods for hours to hunt down suspects. It has unsettled residents with surprise nighttime raids, detained many young people who make up the core of the protest and resistance movements and caused the disappearances of many people suspected of working with underground rebels.

“Anyone who goes outside risks being stopped, beaten and detained,” said Min Min, a 25-year-old anti-coup activist in hiding in Yangon to elude arrest. “There’s security checks everywhere, even in your own homes. Officers are looking at people’s mobile phones and arresting anyone they find suspicious. Everyone is struggling. The junta can take your life away at any time.”

Myanmar, also known as Burma, is a nation of about 55 million people now teetering on full-blown civil war. The Tatmadaw is fighting a growing patchwork of resistance forces in virtually every part of a country roughly the size of Texas — from long-established ethnic insurgent groups to dozens of newly formed civilian defense forces and loosely connected militias with colorful names, such as Zero Guerrilla Force and the Kind Hearted Boneheads.

The groups have collectively launched hundreds of attacks across the country, strikes that include detonating improvised explosive devices, ambushing military convoys and destroying state-owned telecommunications towers, according to analysts and local news reports.

The military has justified its takeover by claiming widespread voter fraud in the Nov. 8, 2020, general elections in which the Tatmadaw’s proxy political party was soundly defeated by the ruling National League for Democracy party led by the now- detained Aung San Suu Kyi. Independent observers say there was no evidence of voting irregularities.

The coup ended a decade of democratic reforms in Myanmar, which had been under a military dictatorship for nearly 50 years. The takeover triggered massive protests that the Tatmadaw quelled with deadly force, calling the demonstrators violent criminals.

What started as a nonviolent struggle inspired by Suu Kyi has morphed into a nationwide campaign of armed resistance, highlighted by last week’s call for a popular uprising by the National Unity Government, a group of deposed civilian leaders claiming to be the country’s legitimate representatives.

The attacks are justified in the name of self-defense, opponents of the military rulers say. The junta toppled a democratically elected civilian government and is responsible for atrocities such as torture, rape and rampant killing of unarmed civilians, including children. The Tatmadaw continues to use airstrikes and artillery on defenseless villagers in border regions controlled by ethnic insurgents. And it keeps thousands of political prisoners in crowded jails where COVID-19 has spread uncontrollably.

“Many people in Myanmar struggle to see how nonviolence can be effective in a situation where the regime is willing to unleash extraordinary levels of violence against ordinary people,” said Richard Horsey, a longtime analyst on Myanmar at the International Crisis Group. “They believe the only way to dislodge the regime is also with violence.”

Foreign sanctions and diplomatic pressure have so far yielded no tangible results. Western democracies have laid the burden of solving the crisis on the ineffectual Assn. of Southeast Asian Nations, a regional organization of states guided by the principle of noninterference.

A furious bid by the National Unity Government and international legal scholars to persuade a United Nations committee to certify the shadow government’s envoy over the junta’s has yet to be resolved after the United States and China reportedly brokered a deal to delay any decision. Analysts say this was done to maintain the status quo rather than having to address the diplomatic fallout of endorsing one side over the other.

Both sides of the conflict in Myanmar are seeking recognition as the nation’s true government, partly to gain access to about $1 billion in frozen assets held by the U.S. Federal Reserve.

“With the failure of various political and diplomatic efforts to stop the military’s brutality in the past eight months, local communities are forced to form defense forces and to defend themselves from continuous military atrocities,” the National Unity Government said in a statement Monday after international experts and various nations, including the U.S., expressed concern that an uprising would lead to dramatically more violence.

The shadow government has advocated armed resistance since May, when it established a “People’s Defense Force.” The group also drew up a code of conduct that forbids resistance fighters to target civilians.

Serious concerns remain about the potential loss of innocent life in an armed revolt. In May, a bomb hidden in a gift exploded at a wedding in Yangon, killing the bride and two relatives. Several guests were injured. The groom was accused of being an informant for the military.

Min Min said he lives in a constant state of fear, daring to go outside only when he needs to buy necessities such as food. Once there, he stays alert for anyone he thinks may be secret police, such as taxi drivers stationed outside bus and railway stations who refuse to take passengers.

“They wait and watch people all day,” he said.

It’s unclear how resistance fighters determine who is a legitimate target for assassination. Attacks could be predicated on settling old scores and rivalries rather than purely targeting the junta.

“It gets into very murky territory because who decides who is an informant and on the basis of what evidence?” Horsey said. “There’s a lot of difficult questions that are hard for even large militaries to get right, much less diffuse revolutionary activity with individual cells and small groups who are making decisions more or less autonomously.”

But if resistance groups can launch enough guerrilla operations over widespread territory, analysts say the opposition may at least exhaust the Tatmadaw and deny it control, leading both sides toward either a bloody stalemate or a war of attrition.

“This could easily be a protracted war that goes on for years,” said Kim Jolliffe, a researcher who has worked with civil society and international aid organizations in Myanmar since 2008.

“Barring a wild card event that suddenly tips the scales, the trend will likely be the [junta] becoming increasingly crippled and giving up portions of territory to the resistance, while remaining an ever-present extremist violent threat,” Jolliffe said. “A lot will then depend on whether the democracy movement can seize opportunities to take each next big step forward.”

That could mean establishing international trade routes from rebel-controlled territory or integrating some of the more than 1,500 soldiers who have reportedly defected, Jolliffe said.

Resistance fighters say they’re growing stronger in numbers, but remain short on food and ammunition. Then there’s the bureaucratic headache of forming an army and trying to coordinate with politicians and ethnic minority groups resistant to taking orders from newly arrived ethnic majority Bamar fighters.

Aung Kyaw, commander in chief of the All Burma Independence Army, a coalition of ethnic armed organizations, civilian defense groups and the National Unity Government, said it took weeks to draw up documents to establish the new force. He laid blame on an excess of virtual meetings.

“Decision makers need to make their decisions quicker,” said the 36-year-old former teacher now hiding out in Myanmar’s border region. “Holding a Zoom meeting with 80 or 100 participants is totally unacceptable.”

Aung Kyaw said his alliance comprises 50 anti-junta groups from across the country, suggesting the resistance movement is growing more cohesive. Volunteers train for months, learning how to build explosives and deploy them on army positions.

The former protest leader from Yangon said he once supported peaceful activism before the Tatmadaw began slaughtering civilians to quell demonstrations.

“I used to think armed resistance wasn’t the answer,” Aung Kyaw said. “But my mind was changed when I saw the junta kill [hundreds] and detain many more. This has to be the end of the military. This is the last battle for Myanmar. That’s why we had to take up arms.”