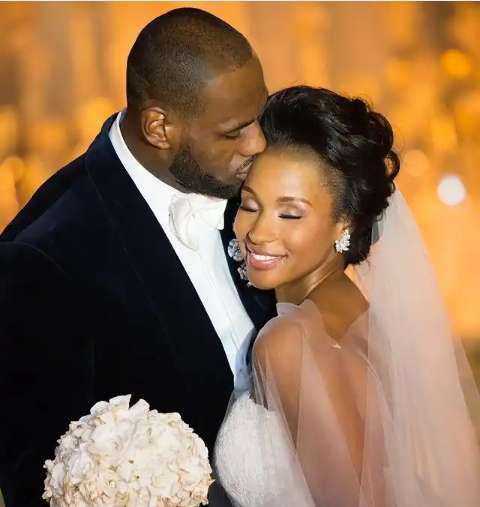 Los Angeles Lakers small forward and 17-time All-Star LeBron James celebrated his 8-year wedding anniversary on Tuesday with his wife, Savannah. From LeBron’s Instagram account, he posted a photo of their 2013 wedding ceremony in San Diego, California. The couple got married on September 14, 2013 at the Capella chapel in the Fairmont Grand Del Mar.

It shows the couple kissing on a balcony with fireworks exploding in the sky in the background. He posted, “Out own personal Met Gala 8 years ago. Happy Anniversary Queen!” James also added, “Who am I without you in my corner, absolutely nothing! Love you!”

Savannah also responded to the messages with “Happy Anniversary to my forever scary movie partner, my forever feet warmer, the Capricorn to my Virgo, my bestie, my babe!!!” She also ended her response with “8 years down, forever to go! Love you deep!”

The two-decade history of LeBron and Savannah

The 6’8” forward has been with Savannah since his teen years at St. Vincent-St. Mary High School in Akron, Ohio. Savannah attended a rival high school, and she was a cheerleader and softball player. LeBron then began inviting her to attend his basketball games. Of course, LeBron was selected first overall by the Cleveland Cavaliers in the 2003 NBA Draft.

In 2012, on the topic of proposing, LeBron told Opera, “It felt like a Finals game. I had been thinking about it for a while but it just came to me one day and I was like this is just another part of growth for me. She’s been there for a long time and I wanted to continue to be there with me.”

During the wedding, Jay Z and Beyoncé performed “Crazy in Love” together. Dwayne Wade, Carmelo Anthony, Chris Paul and other players attended the ceremony in 2013. Speaking of Anthony, he signed a one-year deal with the Lakers on August 3rd. 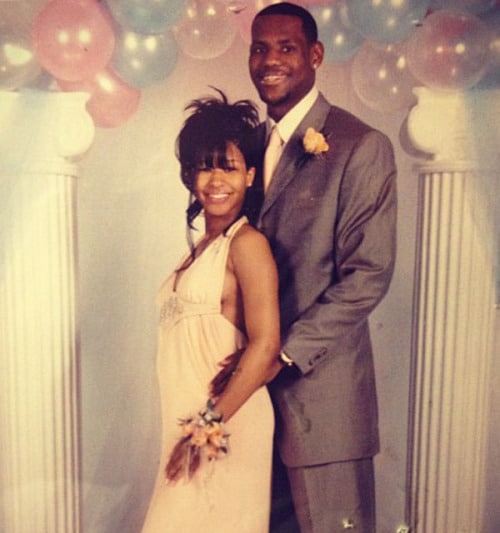 After watching the Monday Night Football overtime thriller of the 2021 NFL season between the Baltimore Ravens and Oakland Raiders, LeBron James tweeted, “Lamar said “That’s On Me”. Accountability. Love it!” Quarterback Lamar Jackson fumbled in the Ravens’ territory of the fourth quarter of overtime, leading to the team’s 33-27 defeat against the Raiders.

Lamar said “That’s On Me”. Accountability. Love it!