Deep in Hiding, Afghan Christians Are Clinging to Their Faith 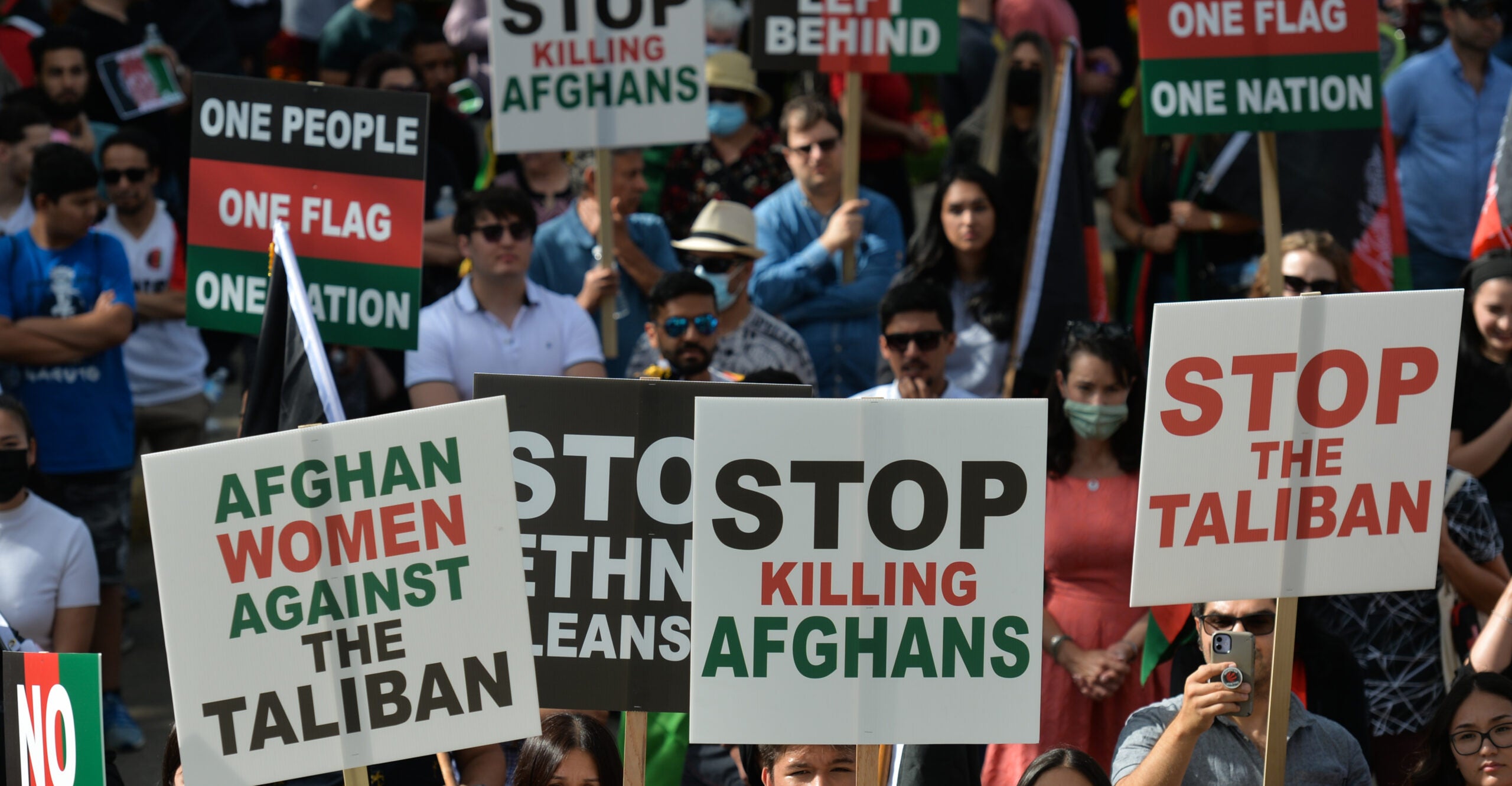 They take turns staying awake, praying and walking the floor while others sleep, blissfully unaware, at least for a few hours, that they are being hunted.

They have no passports, no visas, and very little of what they need most of all: hope. For these Christians, in a safe house deep in Afghanistan, time is running out. Together, they live in fear of a single knock on their hiding-place door—from the Taliban.

“It happened so fast,” Sarah said. “We had many plans for preaching the Gospel with other brothers and sisters … .” Now, their plan is to just survive. Even that, they know, will be difficult.

To the despair of rescue groups and humanitarian workers, the small population of Christians in Afghanistan has seemed to vanish, almost overnight. Some have fled to the hills, others have retreated into the shadows—turning off their phones and hunkering down in whatever undisclosed locations they can find. Some have just gone missing completely.

For people like Jean Marie Thrower, those are the ones that haunt her. “People … are going missing and getting killed every day.”

On the ground, her Afghan Rescue Crew hears the harrowing stories of desperate parents. “We have had people shot, beheaded. They’re taking the kids. If you’re on the run, and they find your family, they’ll hurt your family and put the word out in the neighborhood that ‘we’ve got your brother or son or daughter.’ They cut off the heads of two boys that were nine and ten.”

The Taliban are executing Christians faster than her organization can find them. “We started out with 300 three weeks ago, and we’re down to 55.”

The orphans, if they’re lucky enough to be left behind, are starving. Thrower talks about two little girls who managed to hide after their parents were killed—but eventually, they got so hungry that they ventured out to the market. “The Taliban found them, raped them, and beat them.”

In villages where the families didn’t have time to escape, “The Taliban are going door-to-door taking women and children. The people must mark their house with an ‘X’ if they have a girl over 12 years old, so that the Taliban can take them. If they find a young girl and the house was not marked, they will execute the entire family.”

While this White House is busy patting itself on the back for Afghanistan, calling it an “extraordinary success”, 7,000 miles away, fathers are handing guns to their wives and daughters so that they can kill themselves if the terrorists come.

Even hiding is a double-edged sword. “Every day,” one Christian told his American contact, CBN reported. “I receive a phone call from a private number. A soldier warns me that if he sees me again, he’ll behead me.”

The Taliban are tracking them, stalking them, warning them they know where they are.

“Even within the networks we have, a number of people have changed their phone numbers, because it’s simply not safe anymore,” International Christian Concern’s William Stark lamented. Others have gone completely dark, making it impossible for rescue workers to find them.

The families fortunate enough to connect with an outside group are huddling in undisclosed hotels, listening to the manhunt outside. “But they’re running out of food and water,” Thrower shakes her head. “They’re afraid to leave the house for the past 10, 12 days. But the cost—the cost is, for some of our groups, $10,000 to $15,000 a week. We have people in our organization paying, and I’m sending them money through Western Union. If I don’t give them money, they won’t be able to stay in this hotel for another week.”

All of her teams, she says, are going 24 hours without sleep, desperate to keep these endangered people alive. They all understand what one church leader has warned: “They will kill the known Christians [to] spread fear.”

Meanwhile, thousands of miles away, the Biden administration has already moved on. They’re fighting abortion laws and ordering vaccine mandates—not giving a single thought to the thousands of people they abandoned and left behind.

Whatever time they do spend on Afghanistan is reserved for their victory propaganda, declaring the withdrawal a huge success. Tell that to Jaiuddin and the other Christians huddled in Kabul, wondering if this night will be their last.

He is not afraid to die. Like many there, he is more afraid the world will forget them. Pray for us, he asked, CBN reported. “We are praying … that the Lord would put His angels around our house for our protection and safety.”

God has a plan, another Christian leader in hiding insisted. “He knows what’s best for His children in Afghanistan.”

“The church has been united. Fear is the biggest thing. If leaders are afraid, the people in the church will be afraid. People are struggling to trust their own God. Through this hardship, the church will grow. But there will also be an exodus of Christians from Afghanistan,” he predicts.

This article first appeared at cbn.com.

The Daily Signal publishes a variety of perspectives. Nothing written here is to be construed as representing the views of The Heritage Foundation.

Have an opinion about this article? To sound off, please email [email protected] and we’ll consider publishing your edited remarks in our regular “We Hear You” feature. Remember to include the url or headline of the article plus your name and town and/or state.